Jehan Ara (@jehan_ara) is the President of Pakistan Software Houses Association for IT and ITES (P@SHA).  She has 29 years’ familiarity in Marketing, interactive and Communications New media. Worked in Hong Kong, the Far East, the UAE and Pakistan. She is a motivator, an entrepreneur, a social activist

She has developed the P@SHA brand and also generated linkages between P@SHA and native and international partners. She is collaborating on an enterprise called Take Back the Tech  in order to inculcate awareness on how technology can be connected to end Violence against Women. Her program Women’s Virtual Network is bringing more women into the financial fold. Also running The Nest i/o Tech incubation center.

She is in the Advisory Boards of the Punjab IT Board, Plan 9 Incubator, LUMS Center for Entrepreneurship. Also  incubator “The Foundation” and many universities. She is helping other female tech entrepreneurs in Pakistan.

Kalsoom Lakhani (@kalsoom82) is the Founder of Invest2Innovate, which funds startups and the wider private inventiveness ecological unit in mounting markets, beginning in Pakistan. Kalsoom is also the co-founder of The Hero Project, a storytelling stage that rejoices and highlights everyday secreted heroes. She is an associate of the World Economic Forum’s Global Shapers.

She also created the popular blog, CHUP, or Changing Up Pakistan in January 2008.  She has been writing for the Washington Post, the Huffington Post, Foreign Policy, NextBillion and Pakistan’s Dawn Newspaper.

She was awarded the Tamghai Imtiaz, and a Vital Voices Economic Empowerment Award in 2010.

She formed the NGO that was solely emerged for the generation of community investments funds. Her NGO name is  Marvi Rural Development Organization (MRDO). It is hovering mindfulness of education, health, human rights, and social development issues. She became her town’s first female high school graduate and the first teacher at the first school established for girls. She was granted   International Women of Courage Award in 2011.

She is the young Pakistani girl who was shot in the head by the Taliban and gained attention by this incident and has won the 2014 Nobel Peace Prize. As the global speaker for girls’ education, she had even traveled to the United States to meet President Obama in 2013.

Her efforts regarding education includes  the formation of Malala Fund. This fund invests in early stage girls’ education enterprises or small administrations in republics like Pakistan, Nigeria, Kenya and Jordan. She has been working in the online digital platform WDL for more than 5 years. An online platform that provides digital training and work to Pakistani women.

Sidra Qasim is founder and co-maker of Markhor that makes high quality handcrafted shoes and sells directly to the end customer. The startup is backed by Y Combinator and raised $107,286 on Kickstarter.

Sidra primarily focuses on product, operations and hiring. She studied Economics from University of the Punjab, Lahore and is also an Acumen Fellow 15.

She is the Discoverer and Paramount of The Digital League concentrates on all sorts of computer-based facilities for instance reasonable content inscription. Also cybernetic support, systems of CRM , CMS systems, development of website , and art of making video films to clients all over the world.

She has taught entrepreneurship in universities of Africa. Young Global Shaper at World Economist Forum also included Maria and a 2012 Qualifier of Echoing Green Fellowship. She worked as a software engineer with Oracle, Inc. and Thompson Reuter in Minneapolis. Moreover, the  MIT International Sciences and Technology Initiatives curriculum in China was also designed by her.

Saba Gul (@sabagl) is the founder of popinjay which is re-branded from BLISS. Popinjay is serving underprivileged girls in Pakistan. BLISS was originally a non-profit organization where she was providing work to the unskilled women. It has now propelled itself as an income producing organization. So that the products produced participate in a highly competitive customer market of fashion industry. Where demand fulfillment can take flight and bring more revenue .

She is a human rights activist and a loving soul who ran her personal NGO with the designation of Originator and Director of TSF.

Rabia Garib (@rabiagarib) is the CEO of Rasala Publications where she is performing business policies, content improvement, training and design. Her desire for information technology, education and technology trade broadcasting are insightful. Based on her experience in technology trade media and junction of different media platforms since 1998, she was nominated as an Eisenhower Fellow. To exemplify Pakistan in the 2-month Multi Nation Program among 24 other countries, and specialized in the field of technology, New Media. And Trade Journalism.

She is   now concentrating on being the Chief Wrapper at ToffeeTV, which she founded with Talea Zafar.

ToffeeTV emphasizes on providing children with knowledge and entertainment in Urdu. She has promoted the local IT industry and the manner it helps to form Pakistan’s global image and often explains that the forthcoming and future of any nation lies in the hands of its children and the preservation of its language, culture and heritage. If you aren’t by this time concentrating on restricted content development for education, your well being will be caste by other individuals.

She was an eminent designer for Yahoo Mail, the corporation’s flagship service with over 260 million users. She is also the creator of Tech for Change, which is a non-profit organization, emphasizing on carrying entrepreneurs, designers and developers  together in order to assistance and eradicate most of Pakistan’s civic problems.

Starting her career as a TV anchor and reporter, she previously functioned as a Fellow at Code for America and at Yahoo. Sheba is also employed at various companies including a Consultant at the World Bank Growth Hacker at Tradecraft, User Experience Design Consultant at Cloudwords, Incorporate and is significantly present on the Board of Advisors of Go-Fig Solutions.

Being a Market Engagement Manager for Asia, Sophia Hasnain is accountable for constructing relationships with the machinists and sponsors across the region, leading projects with the workers in the region to develop understandings on themes such as OTC immigration, fraud and risk management, efficient third-party incorporation, customer experience and rural distribution.

Sophia has 15 + years of experience of functioning on new ideas and growing them to deliver innovative products with IT and Telecom companies.

Fariha Akhtar (@farihaak) is a Software Engineer, blogger/live blogger (1st technology live blogger of Pakistan) as well as an activist. She finds issues relating to human rights particularly women rights near to her concern.

Basically she is a tech expert. She also became the associate of the TakeBack. TheTech campaign which wishes to boost the use of ICTs (Information and Communication Technologies) to fight VAW(Violence Against Women) and also to permit women to use ICTs safely.

Above all female tech entrepreneurs are proud of Pakistan. 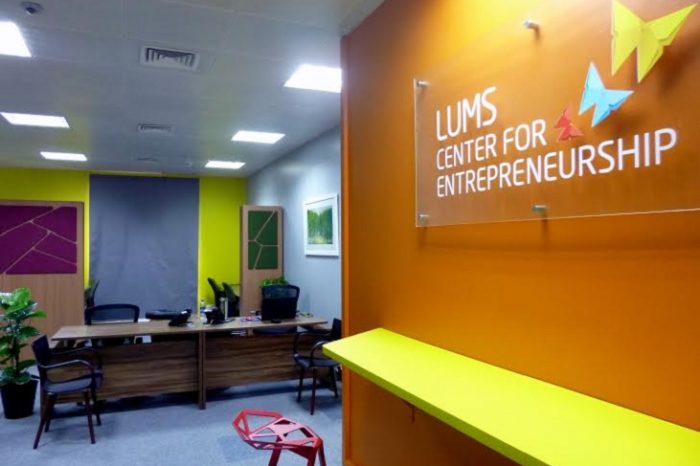 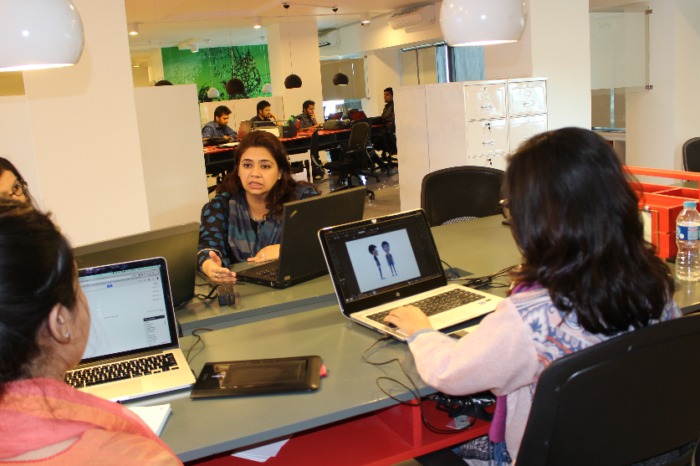 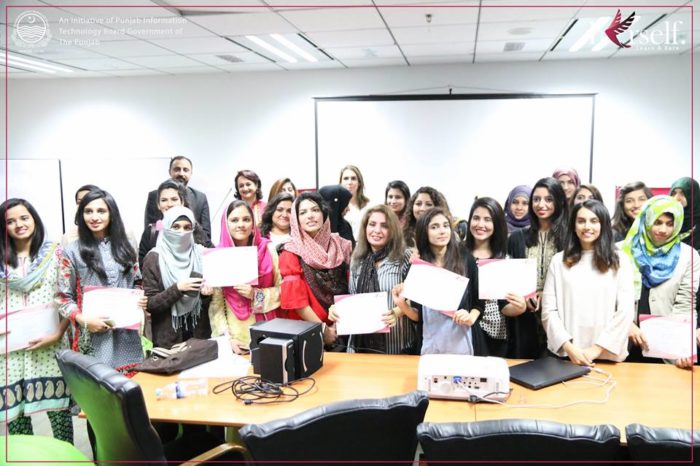 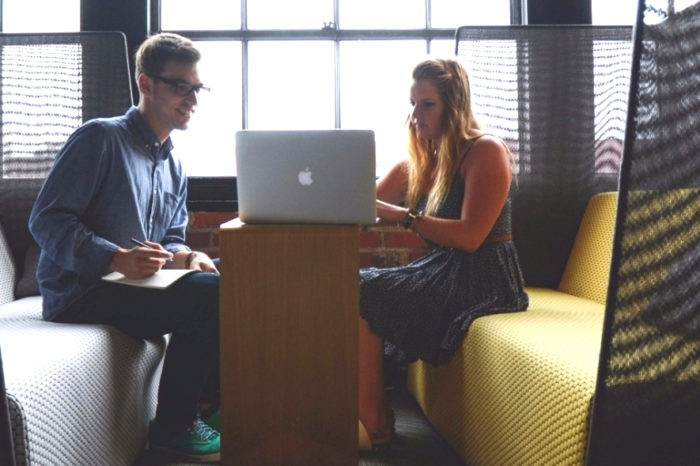 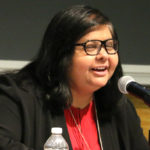